National Grid replaced four single circuit 115 kV river crossing lattice towers that delivered power across a 1,500 foot stretch across a river in Massachusetts. The previous towers were deemed non-climbable due to deteriorated state of the structures. National Grid required the replacement of these towers in order to maintain the integrity of the circuit. In 2014, Commonwealth performed a structure study of the towers and presented three alternative towers for replacement of the current towers.

National Grid selected Commonwealth’s Y-Frame design to replace the existing towers due to the horizontal configuration of the circuits utilizing a monopole structure design which was critical due to the location of the structures. The Y-Frame towers are 225 feet tall single circuit galvanized structures with 26 foot phase spacing. The new towers have a small footprint and are more aesthetically appealing than the previous towers and other proposed designs. The new towers were officially energized at the end of February 2018. 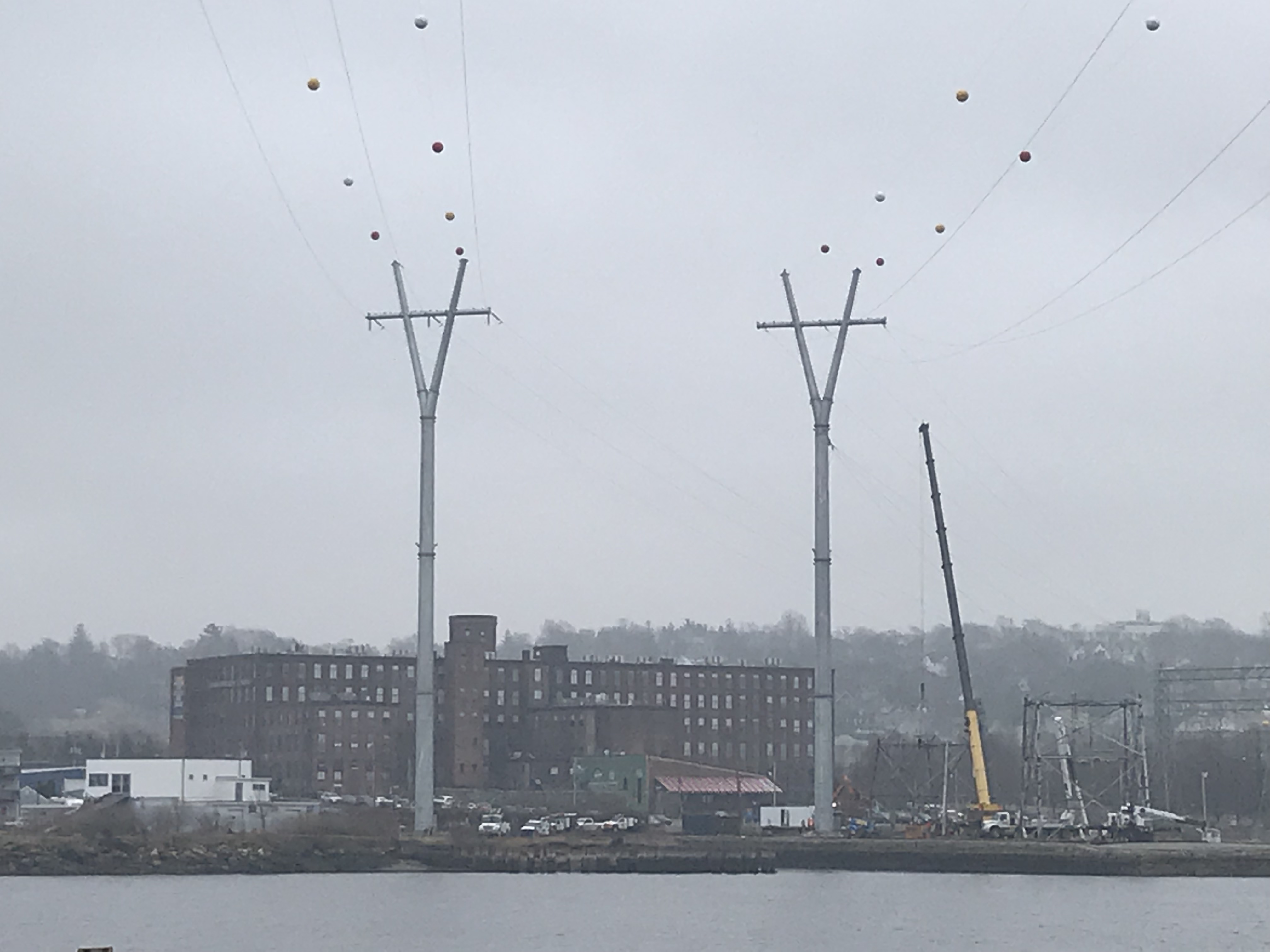