One of the more interesting challenges at the substation was determining the best way to minimize outages as the new substation was constructed near the old one. The basic plan required continued operation of the 34.5 kV distribution system during the construction period. To accomplish this, phased construction and cutover activities were developed to support operational needs.

First, a portion of the new 115 kV and 34.5 kV station was constructed and then interconnected with the existing 115 kV. The interconnection also required some temporary protection circuitry to ensure reliability of the system. Interconnecting the two stations allowed swing of three 115 kV lines from the old station to the new. Also during this period, staged cutovers of 34.5 kV cable circuits occurred.

Second, after reconfiguring the 34.5 kV and 115 kV circuits, it was possible to remove the old 115 kV and 34.5 kV facilities, making room for the new. Existing foundations, duct banks, grounding conduits, equipment, and control house were all removed in this phase. 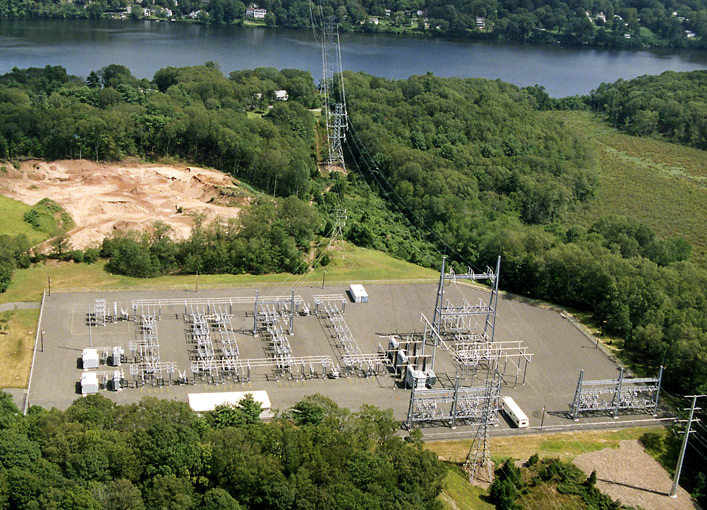