Commonwealth Associates, Inc. was hired by MasTec/ Power Partners to provide a broad range of consulting engineering services for a transmission line project consisting of about 14 miles of a 230kV single circuit transmission line. The route of the line followed an old existing railroad bed and connected the collection system Glenrock Substation to the interconnect Windstar Substation.

The short construction schedule proved to be difficult for procuring conventional steel poles and for this reason alternatives were considered. The final design of the transmission line consisted of hybrid poles for the tangent structures; with direct embedded concrete shafts in the bottom and round steel sections on the top. This approach accelerated the procurement of the poles as well as compliance with the in-service date for the wind farm. The angle and deadend structures remained as single shaft poles on concrete caisson foundations with anchor bolt cages.

Construction of the line in terms of structure placement and stringing operations was simplified due to the fact that the transmission line route followed the existing abandoned railroad bed, which was the main access route to the wind farm campus. Additional traffic personnel were assigned during these operations, but at the end this was a small price to pay as compared to the alternative of building the line following another route.

The completion of the transmission line construction was on time and within budget. Good relations with other consultants in charge of the design of the other aspects of the wind farm helped arrive at a successful project implementation. 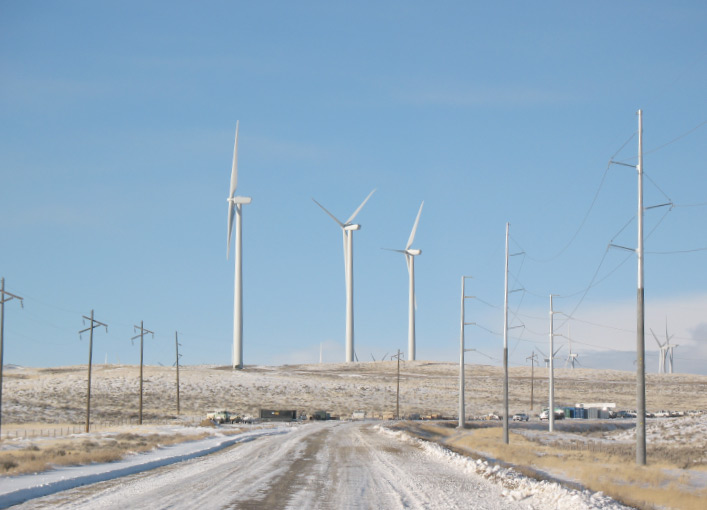