The Jackson County Reynolds Field Airport needed a runway re-alignment which required acquisition of multiple properties to complete the re-alignment. Commonwealth managed the acquisition of 22 properties for the Airport from early consultation and strategic planning through demolition.  The initial project was divided into five phases due to intermittent funding.  It consisted of fee acquisitions of 13 parcels, including one private hangar facility on airport owned land, and 13 avigation easements.  Commonwealth completed 15 relocations while maintaining positive public opinion of the project. Of those relocations, a commercial excavation company was moved which involved the relocation of bulk soil and gravel as well as an elderly couple whose acquired house had been their home for over 50 years.

There was a voluntary acquisition of four residences in the center of the Airport’s land. The Airport identified a potential project cost savings if the parcels could be acquired. However, all four owners had to agree to the acquisition including one whose home had been in the same family since the 1800’s and another who had lived there for over 50 years. To limit the Airport’s exposure, Commonwealth used an Option process rather than direct acquisition. This approach allowed Commonwealth to work with the owners individually and without any undue pressures. Despite the challenges and the unique nature of the purchases, Commonwealth mitigated the owners’ concerns and presented the Airport with all four parcels.

Several agencies, vendors, realtors, and developers participated with Commonwealth to provide assistance and supplement the available local housing stock. Commonwealth coordinated with various agencies such as the Michigan State Housing Development Authority (MSHDA) and Habitat for Humanity to provide assistance and advice on financing matters to people who had their home or property acquired during this project.

Commonwealth managed the properties until it was turned over to the airport, along with a complete set of parcel files for the Airport’s records. The runway re-alignment property acquisition for the Jackson County Reynolds Field Airport was successfully completed without any public opposition. 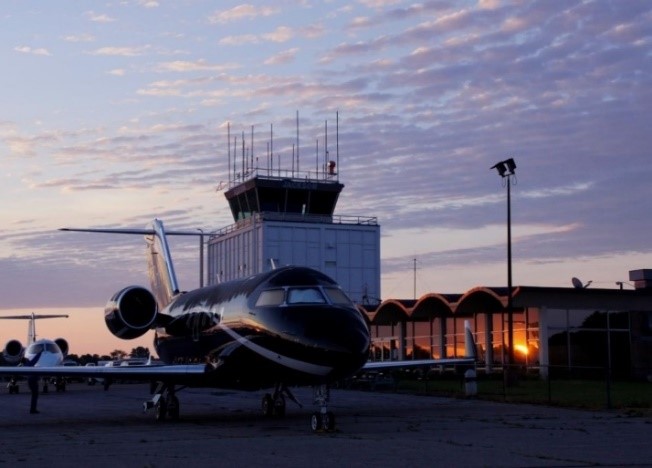