Public Service Enterprise Group (PSE&G) needed a new high voltage transmission line to help stabilize the high voltage grid within the PJM region. Commonwealth was selected to design a new 45-mile double-circuit 230 kV/500 kV steel pole transmission line to replace an existing 230 kV transmission line on a narrow 150-foot-wide right-of-way. A portion of this line had to remain energized during construction to keep a substation fed from two sources. The remaining line was constructed in a way that allowed the re-energization of the line in a 14-hour turn-around time frame.

Commonwealth provided an electrical effects analysis; assistance with permitting; and design that entails traversing the Delaware Water Gap area, crossing existing transmission lines, and interconnecting to a new 500 kV switching station. Commonwealth also was involved with the alternative route analysis and the preferred route evaluation. A feasibility report and cost estimates were prepared initially for the preferred route, and then the design began. Commonwealth also assisted in the permitting documentation phase.

The final deliverables were a construction package for the entire line and support by Commonwealth during construction. The structures are double-circuit tubular steel poles, sometimes mini-legged design, and double-circuit lattice towers. The 500 kV circuit consists of four-bundle 1590 kcmil “Falcon” ACSR. The heights of the structures were required to be less than 200 feet. 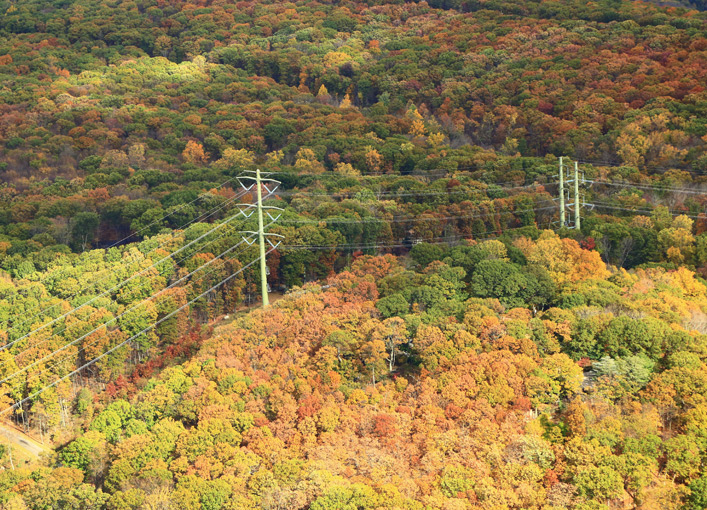